When I saw this recipe in a New York Times article, I was editing my Chinese railroad worker novel. Congee, also known as báizhōu, or white porridge is a daily staple in China.

When railroad workers came to California, in the mid-1860s, they would have eaten it in their camps. In China, it was consumed in times of famine and is still served during festivals and religious ceremonies. It is also given to infants and to those who are ill.

For research and realistic writing, I had to try it!

At its essence, congee is a small amount of grain cooked low and slow with a lot of water. 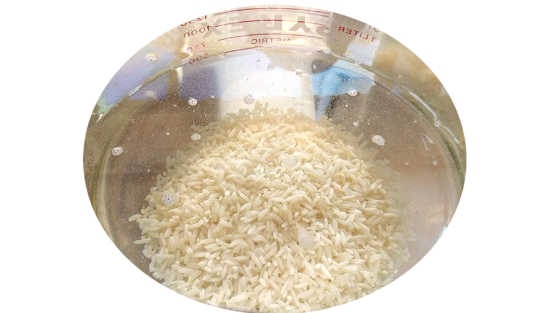 Cook low on a stovetop or in a crockpot for approximately 6 hours, stirring occasionally.

I started out skeptical. I could not imagine how a half cup of rice could thicken six cups of water! Every time I stirred it, I shook my head because it looked like nothing had changed. Then toward the end – voila!

What Happens During the Cooking Process

The grains burst, releasing starch. What results is a lovely soft textured, thickened mush or soup.

What You Add Determines the Flavor

Congee is like a blank art canvas waiting for colorful paint.

1 bag of fresh cranberries with

¼ cup chopped pecans (or other nuts)

Cook until berries burst and most liquid is absorbed.

Cut the center out of 5 apples

Take 5 tablespoons of cranberry stuffing, place in a separate bowl.

Place a small slice of butter on top of the apple.

Remaining apple stuffing is a great addition to morning oatmeal or with yogurt or cottage cheese!

*If you tried this and liked it…AND concocted your own apple stuffing, please revisit to tell us about it.

Turkey, beef, and Italian sausage were used in this batch, but it also works well with pork, elk & buffalo. (In the comments, send combinations you discover and love!)

I make mine from scratch.

Cut bread in small squares, place flat on cooking in sheet in 200° oven till crisped to desired amount.  For his recipe, I used Kalamata Olive Sourdough bread.

Once you have tiny toast squares, blend them in the blender till they look like…bread crumbs.

Mix ingredients to the consistency of meatloaf

and hunks of parmesan cheese

Roll ground meat mixture into palm-sized balls, pressing garlic cloves and cheese into the center, making sure they are completely covered.

Use any kind of pasta you have on hand.
Drain when cooked.

*If a smooth soup is desired, let cool completely then blend in a blender.

Steam meatballs to reheat if you made them ahead. 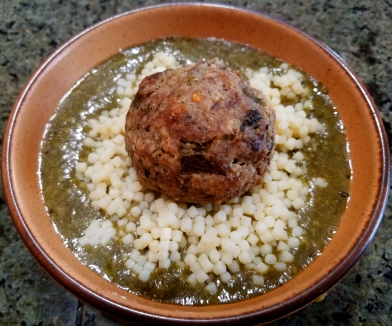 This is one of those meals that tastes better after a day in the refrigerator.

After a long, hard day in the creek bed shoveling and sifting gravel, the last thing a 49’er miner wanted to do was prepare a meal. This simple fare offered a quick fix as well as a host of health problems.

Start a fire. Let the wood burn down to coals.

Stir until smooth. *The batter should be thick.

Using a clean shovel, rest it in coals until hot. 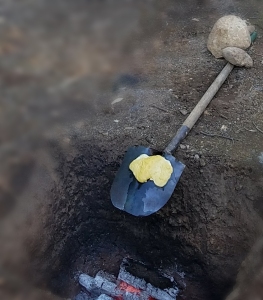 A deep fire pit is NOT necessary for this recipe.

Support shovel firmly over coals. Pour batter over the blade. Use a long-handled spatula or spoon to keep it in place until the base sets.

It’s done when it feels spongy.

Click on the photo to watch a video about malnutrition during the California Gold Rush.

Finely chop potatoes.
Fry in oil till done.
Salt and pepper to taste.
Set aside to cool.
Chop or tear watercress into bite-sized pieces.
Add fresh or sun-dried tomatoes (in oil).
Dress with red wine vinegar and oil.
Top with grated cheese. 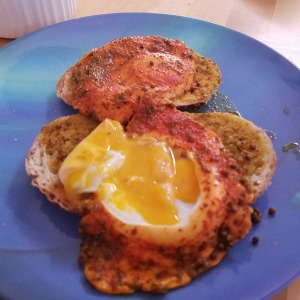 To a pan with a lid, add 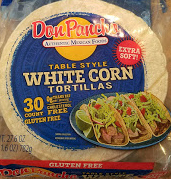 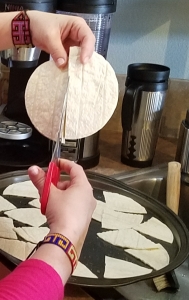 Use scissors to cut into fourths
Spread out in a single layer on cookie sheet, spray with cooking oil
Bake at 350 degrees until lightly brown 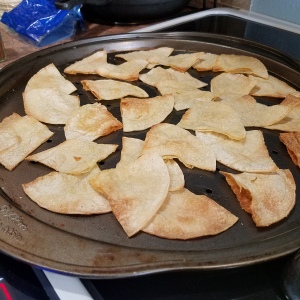 Add a pinch of salt
Cook over medium heat for 5 min.
Poach the Desired Number of Eggs
Plate
Spread a layer of toasted white corn chips on plate.
Cover with green sauce.
Top with poached eggs and Queso Cotija cheese.

Garnish with fresh cilantro.
Serve with a side of refried beans. 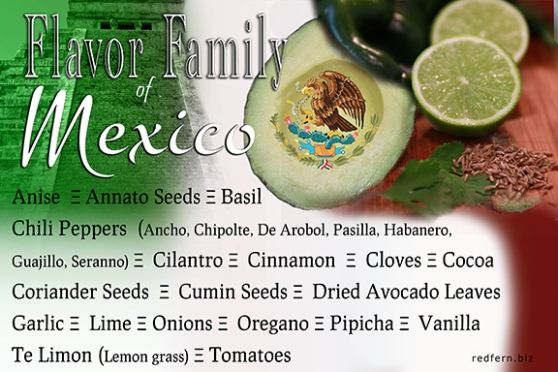 Click here to see more flavor families of the world.

If you liked Perfectly Poached, you might also enjoy, Water Element of Life, The Shape of Water Continued and PBJ on my short story blog, Redfern Writes.

Rinse and soak in cold water 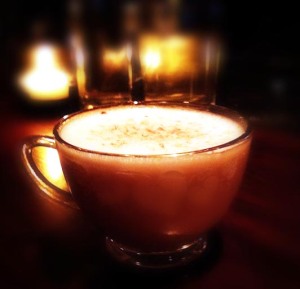 Gradually fold in sugar, 1 teaspoon at a time

Chill (overnight) *Watch video below about letting it sit longer

Add  milk and half and half 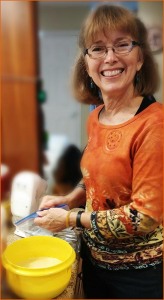 gently fold in whipped cream then everything from Step 1. 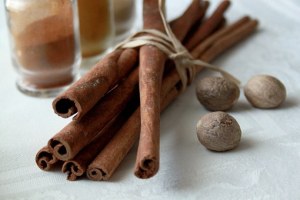 “Eggnog… is a velvety mix of egg proteins surrounded by sugar molecules, diluted by milk and booze to a perfect thickness for drinking. It’s a dessert-flavored milkshake for grown-ups.”

“Modern egg-handling processes in the US mean that eggs get cleaned pretty quick after they come out of the chickens and then sped to markets. The health risk with food isn’t pathogens specifically; it’s pathogens plus time. That is, do they have the right conditions to breed to disease-causing levels? This is why refrigeration works; food bugs don’t like the cold. So buy fresh eggs, keep them in the fridge, give them a quick rinse before use, and then get cracking.”  – Adam Rogers

Cooking the Egg Base – FoodSafety.gov

1 1/2 – 2 cups Panko or Italian bread crumbs – soak in water then drain with a strainer (press firmly to remove as much water as possible).

Since my tastes run more toward zippy, I also add;

juice from one lemon

1 full pkg. of fatty bacon – cooked until drippings are obtainable

1 large head cabbage with the core cut out.

Place the entire head of cabbage into the boiling water. Watch for the leaves to begin to separate.  Remove the leaves when they become soft or take the head out of the water, put it in a strainer, and peel the leaves.

The leaves are ready when they are translucent and soft. Continue boiling and leaf peeling until the entire cabbage is disassembled.

On a cutting board, spread a leaf out as flat as possible. Cut a “V” to remove the thickest parts.

Secure with a toothpick.

Continue stuffing leaves until they’ve all been used.

In a large soup pot, bring 1 can of chicken broth + some water to a simmer.  Add 3 tblsp. of bacon fat.

Place stuffed cabbage rolls into the bottom of the pot in a single layer, cover and simmer for 30 minutes.

Remove cooked rolls, add another batch to the pot to cook for 30 minutes. Add more water / broth as needed.

*The brand of bacon that I had didn’t yield much fat, so I added three full strips of bacon to the chicken broth in the pot.

Add 1 can of chicken broth to the remainder of the bacon grease. Heat till warm.

*I had more meat stuffing than the cabbage leaves would hold, so I fried it up and added it to the gravy.

Blend a couple of tablespoons of flower with water and slowly add to broth mixture, stirring constantly to avoid lumps.

Place cabbage rolls in a casserole dish and cover with gravy. Heat them at 350 degrees in the oven for 45-50 minutes if you have a large group to feed or place the dish in the refrigerator and eat them a couple at a time.

Being a vinegar fan, I liberally douse my stuffed cabbage rolls with red wine vinegar. London Malt vinegar is good too as is rice vinegar – though milder. Top it off with Crème Fraîche, plain yogurt or sour cream.

Melt butter and stir in flour. Gradually add milk and stir until mixture boils and thickens. Cook an additional 3 minutes.

Use on seafood, vegetables, fish, or meat.

Serve with ham, beef or fish.

Approximate the amount of flour needed to thicken the volume of meat drippings available. Place flour in a dressing / gravy shaker or whisk with cool water and shake or blend till smooth.

To meat drippings (fat) [from a turkey, chicken, bacon, or roast] in a deep pan over medium heat, slowly add flour and water mixture. Stir continuously. After the mixture has thickened, continue cooking for a few more minutes to make sure that the raw flour taste has been dispelled.

Divide butter in the three parts. Place one piece in top of a small double broiler, add lemon juice and egg yolks. Place over hot water (not boiling) and cook slowly, whisk constantly.

Once the mixture is about as thick as gravy, remove from heat, add salt and serve immediately.

Can be used over vegetables (asparagus), fish, shellfish and poached eggs.

Makes: ¾ cup
Trouble shooting: If sauce is curdling, dilute by the teaspoon with hot water while constantly whisking.

Check out the other videos in this Sauce Series

Here’s how to organize a group cooking challenge in your kitchen. (Roughly based on the TV show ‘Chopped.’)

Goal: Create a social experience, experiment, learn something new, and have fun!

At the beginning, the challenge master collects these, groups them, and distributes them evenly among the chefs.

We decided not to attempt timed rounds. (Too much pressure!)

As a group, open and taste all the ingredients.

Everything in the kitchen pantry, spice cupboards, and refrigerator / freezer is available for use. (Or clearly define off-limits areas.)

If someone is stumped about what to prepare, everyone helps to brainstorm until they have a direction.

At the conclusion, everyone shares the meal.

Judging (if desired) can be accomplished by an individual, with a panel, or as group.

For people around the age of ten (scrambles, healthy snacks, smoothies)

For people over twenty-one (food and beverage / wine pairings)